The Best and the Most Overrated of 2015

The editors’ Top 10 and Overrated 10 include films that were released in the editors’ respective regions during 2015. They have been selected by Daniel Lindvall (editor-in-chief, based in Stockholm, Sweden), Jacob Mertens (review and festival editor, based in Madison, WI, USA) and Matthew Sorrento (interview and book review editor, based in Haddonfield, NJ, USA). The films are presented in alphabetical order. and our contributors’ top picks follow.

45 Years (Andrew Haigh): There is something oddly unsettling about this film. Perhaps it’s the non-diegetic sound design that creeps in at pivotal moments, or the way the house seems to take on a heavy air at night. Amidst these deft touches, the characters’ growing distance from each other carries the weight of a foreboding that’s never satisfied. – JM

The Assassin (Hsiao-Hsien Hou): The Assassin feels more like a lyrical poem than a wuxia film, as tension consistently gives way to sentiment and sheer pictorial awe. Hou then subverts audience expectations as he favors these more experimental impulses, frustrating many viewers but rewarding those willing to accept the film on its own terms. – JM

Brooklyn (John Crowley): Sometimes a simple, old-fashioned romance is all we’re looking for, and Crowley meets the need in a controlled narrative celebrating a standout performance by Saoirse Ronan. New York’s second borough in the 1950s is a standout co-star, and nostalgia need not apply. – MS

Carol (Todd Haynes): Strong performances from Blanchet and Mara, but the true emotional center of the film lies in Haynes’ careful direction. Every filmic gesture feels both subtle and necessary. Often, a series of reaction shots convey far more to the audience than any one line of dialogue. This was the first time in a while that I’ve felt sad a film was over. – JM

Discount (Louis-Julien Petit): Part Ken Loach in comedy mood, part Dardenne brothers, and with a vision of the modern workplace as an anti-human machine reminiscent of Hal of 2001: A Space Oddyssey. Petit’s partly crowdfunded film marks an astonishing debut. – DL

Love & Mercy (Bill Pohlad): Intertwining a narrative of the creative journey of the Beach Boy’s Brian Wilson making his 1966 masterpiece, Pet Sounds, with his new love helping overcome mental illness and abusive management circa 1970s sounds like Hollywood meeting-room fodder. But Pohlad’s debut feature (with a script by Oren Moverman) tributes the rise of self through art and love. And thankfully, Dano as the young Brian doesn’t overshadow John Cusack as the older. – MS 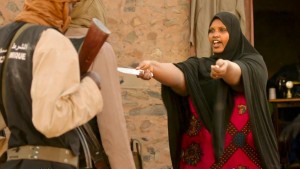 Timbuktu (Abderrahmane Sissako): Never losing his moral compass, Sissako portrays individuals on both sides of the conflict as complex humans and reminds us that the primary victims of reactionary islamism are the populations of the Islamic world and their rich and varied cultures. – DL

What We Do in the Shadows (Jemaine Clement and Taika Waititi): Co-writer/director/stars Jemaine Clement and Taika Waititi dare to spoof the horror subgenre that many wish would die – in Shadows they capture the irreverence of the vampire’s immortal presence while noting the current craze’s repression of the monster’s vibrant cinematic history. – MS

White God (Fehér isten, Kornél Mundruczó): A combination of Spartacus and The Birds, with a cross between Lassie and Cujo in the lead role, White God holds up an allegorical mirror to a Europe where the elite’s fear of the dispossessed once more breeds fascism. – DL

Anomalisa (Duke Johnson and Charlie Kaufman): Given the possibilities of stop-motion animation, this really could have dived deeper into the rabbit hole. Instead, we get a vague middle-life crisis narrative that’s about as weightless as its puppet characters. – JM

The Assassin (Hsiao-Hsien Ho): Compare this to the human and social depth of recent wuxia-inspired films, like Black Coal, Thin Ice or A Touch of Sin, and it’s clear just how paper-thin this beautifully decorative piece of kitsch really is. A historical setting is no excuse. – DL

Black Mass (Scott Cooper): If Cooper set out to make a feel-bad Goodfellas, he’s succeeded with relentless pain sans any charm or pacing. We’re pining for (yes!) Mortdecai instead. – MS

Ex Machina (Alex Garland): A retread on genre concepts that somehow feels both overwritten and undercooked. Sure, the presentation is sleek but there’s little going on beneath the surface to justify it. – JM

Mad Max: Fury Road (George Miller): The lame bid for girl power and ready-made savior (The Force Awakens, anyone?) are bad enough. Then George Miller brings multiple engineering innovations (in his own universe gone to waste?!), a measly Max, and a surplus of metallic spray paint…Toe Cutter should have stayed home. – MS

The Martian (Ridley Scott): Everything that Alien wasn’t. A saccharine all-in-the-same-boat, techno-fetishistic, flag-waving (including Chinese flags), neverending journey to an utterly predictable group hug. A story as dull as the Martian landscape. – DL

Me and Earl and the Dying Girl (Alfonso Gomez-Rejon): Gomez-Rejon tries to recontextualize the teenage cancer soap with a heavy dose of hipster whimsy. If that sounds insufferable and borderline offensive to you, you’ve got the right idea. – JM

The Peanuts Movie (Steve Martino): Who needs Snoopy and company looking as if Charles Shultz is repeatedly kicked in the head while animating? If this is quality, it says a lot about America and its cultural imperialism. – MS

Son of Saul (Saul fia, László Nemes): Apparently bent on demonstrating the pointless or vile nature of all forms of collectively organized resistance to oppression, this film myopically – literally so, given its shallow depth-of-field – focusses on the least interesting character around. – DL 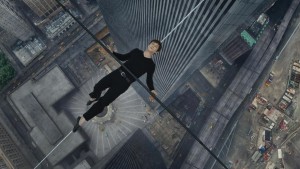 The Walk (Robert Zemeckis): The 2008 documentary Man on Wire does a fine job of documenting the dare and skill of Philippe Petit as he walked a tightrope between NY’s Twin Towers in ’74. Robert Zemeckis’ narrative take overplays the preparation and stunt far past our interest. An embarrassingly miscast Joseph Gordon-Levitt doesn’t help. – MS

66 is Lewis Klahr’s riveting film in which figures cut from comic books are animated into powerful dreams exploring themes of addiction, corruption, and sexual guilt, all evoked without being explained. – David Finkelstein

Bota takes two unruly narrative strands – that of the individual and that of the history of which she is a part – and weaves them into an ornate latticework that enlarges viewers’ conception of this increasingly fragmented world. – Brandon Konecny

Larraín operates on the film’s constantly evolving tone with surgical precision, not shying away from acidic humor nor bursts of unadulterated rage. This finely shaded portrayal of moral corruption serves as a haunting reminder of how the price one pays for one’s past is ultimately always personal. – Zhou-Ning Su

Alicia Vikander is a marvel, as is Oscar Isaac, and Alex Garland in his directorial premier. And cinematographer Rob Hardy presents a compelling world as cold as the inside of a processor. – John Duncan Talbird

Challenging Jean-Luc Godard’s assertion that you cannot ”feel about a film,” in portraying a series of moments about a woman reconnecting with her past Exit possesses a texture in the fabric of its sensuality. – Paul Risker

Peter Tscherkassky’s film consists of nudist films, feature films, pornography and home movies in a manner that could be called any of those things, but they are bound together by their celebration of the body. – Forrest Cardamenis 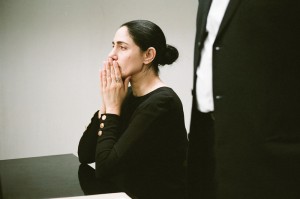 Gett: The Trial of Viviane Amsalem

Although it seems to have relatively narrow ambitions – the investigation of Israel’s control of marriage and women’s status via the clergy – Gett speaks to the degradation of women worldwide during a time of a renewed and insistent patriarchal assertion. – Christopher Sharrett

In the Shadow of Women

A loving portrayal of mental illness, Infinitely Polar Bear brings to mind Cassavetes’s A Woman Under the Influence. With honesty and pathos, Maya Forbes artfully dares us to join her characters on their wild ride. – Anna Weinstein

No stranger to emotions, Pixar makes them into characters in this delightful animated pic that alternates between Riley’s outside would and her telling inside life. The most important of its universal messages: it’s OK to be sad sometimes. – Sotiris Petridis

Elizabeth Moss delivers a career best performance and Katherine Waterston is nearly as good. Queen of Earth was the most unsettling film I’ve seen all year and its visual beauty is underscored by an unease that concludes in the film’s final maddening moments. – Kyle Huffman

Like the owners of the French chateau at its centre, little is as it seems in this deceptively languid chiller, which taints a bucolic landscape in an explosion of tense and understated horror. – Cleaver Patterson

The film uses subtlety to handle the holocaust film’s oppressive duty to portray violence, while honoring human life in the harshest of circumstances. – Amir Ganjavie 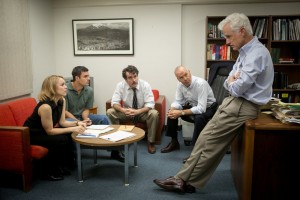 Spotlight celebrates and balances the waning world of newsprint’s power to attract daily attention (while rejoicing in its meticulous professional energy) with the gripping old-school study of conflict surrounding the political power of the church. – Elias Savada

Set nineteen years after the Empire’s formation, Episode VII revitalizes George Lucas’ creation, showing greater sensitivity to issues of class, gender, and race. Perhaps it says little that is new, but it does so masterfully. – Tom Ue

Guided by a layered script, stylish direction, and strong performances, the timely Straight Outta Compton is a respectful and vital cinematic document on the social power of personal art. – Jeremy Carr

Representing the kind of well-made film once expected from Hollywood, Trumbo captures an agent of dissent, something urgently needed today. That is its value within our recycled Star Wars era. – Tony Williams

It’s hard to imagine that the Argentine anthology film could get better – or wilder – than its astonishing pre-credit sequence, but it does. Revenge is a dish best served by Damián Szifrón. – Gary M. Kramer

One thought on “The Best and the Most Overrated of 2015”