No Wave Films at the Oberhausen Film Festival and Vienna Film Museum: May-June, 2010

This year the Oberhausen film festival, already known for its adventurous programming of short film ‘profiles’, featured four sessions of New York ‘No Wave’ films. These programmes were also screened a month later at the Vienna Film Museum, along with a range of feature films by members of this film movement. These films, most of which were originally filmed on Super 8 and were more likely to have been screened at rock clubs and bars than at film theatres or even alternative film exhibition spaces like the Anthology Film Archives, are highly expressive of a post-punk primitivism and were highly critical of the prevailing avant-garde orthodoxies of their time. In fact the name No Wave derives from the concurrent post-punk musical movement that was taking place in New York at the time as a rejection of the domestication of punk rock by the radio friendly term, New Wave. 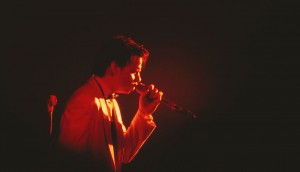 Groups like Teenage Jesus and the Jerks, The Contortions, Mars and DNA were trying to reinvent the very lexicon of popular music through raw, primitive and discordant styles and something similar could be said of No Wave films. Nevertheless, one surprising aspect of No Wave films was their engagement with both narrative and popular culture, two elements rejected by most of the previous generation of experimental New York filmmakers, amongst whom ‘structuralist film’, as in the work of filmmakers like Michael Snow, was a dominant tendency. Perhaps the most important connection between No Wave film and music was simply in their collaboration; while some musicians like John Lurie of the Lounge Lizards also made films, more commonly No Wave performers like Lydia Lunch, Arto Lindsay and Pat Place appeared as key performers in the films as did artists and other members of the New York subcultural scenes. As one of the filmmakers, Eric Mitchell, put it, as cited in the Oberhausen catalogue: ‘“They were Grabbing Guitars, and we were Grabbing Cameras”’ (Höller 2010: 113). Despite the disconnect from structuralist film, some of the earlier generation appreciated the punk attitude of these filmmakers as did critics like J. Hoberman who referred to the emergence of ‘a new wave of content-rich, performance-oriented narrative films’ (Höller 2010: 113). 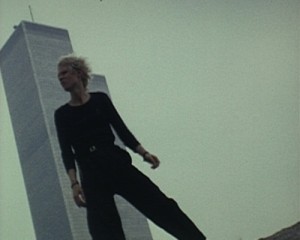 No Wave filmmakers found a brief screening venue in a small clubhouse of St. Marks Square but this only lasted for about six months; otherwise, apart from some collaborations with local public access TV, the films were shown at unconventional venues like rock clubs. Nevertheless, this small amount of exposure was enough to crystallise an East Village scene that, however marginal, still made a significant impact on underground film culture. The ‘Cinema of Transgression’ that emerged a few years later around figures like Nick Zedd and Richard Kern can be seen as a direct result of the practice and aesthetics of No Wave film. By 1980 some of the filmmakers became more ambitious with several of the filmmakers like Eric Mitchell, Amos Poe, Beth B and Bette Gordon all releasing feature films. Only one filmmaker that emerged from this scene, however, would attain art-house canonisation, namely Jim Jarmusch, whose first films are nevertheless expressive of the No Wave collectivity he was part of, and performers in these films like John Lurie emerged directly out of the No Wave scene.

As for the films themselves, while their aesthetics and quality varies, several common themes or tendencies could be said to characterise them. Apart from the engagement with the New York punk and No Wave scenes, there are thematics of role playing, the exploration of remote and disreputable corners of the city, often associated with the porn industry or hustling, and the exploration of power relations and sexuality often in combination. Each session was named after a key punk or No Wave song, sometimes the work of a performer who would appear in the films as well. The first session, ‘You Gotta Lose’ of early or proto-no wave films was largely focussed on the No Wave music scene, whether in a relatively conventional document like Punking Out or more experimental offerings like Michael McClard’s Alien Portrait in which the heads of band members of Teenage Jesus and the Jerks are shown in extreme slow motion over a live concert soundtrack. 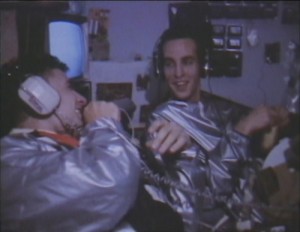 In the second session, ‘Contort Yourself’, there were some more subversive and sexually oriented films, for example, Tina L’Hotsky’s Barbie in which she casts herself in slow motion and a blonde wig as a life-size Barbie doll, although the clear feminist statement of this film apparently escaped the filmmaker at the time of its production, referring to it rather as an act of instinctual self-exploitation. One of the most remarkable films from this session was John Lurie’s epic Super 8 ‘sci fi povera’ film, Men in Orbit, in which two men, John Lurie and Eric Mitchell, simply pass the time for 45 minutes in a decrepit living room decked out as a spaceship with cheap special effects and lots of tin foil, pretending they are in space. But the most impressive film of this group, certainly from a technical point of view was James Nares’ Waiting for the Wind. In this film a tornado-like catastrophe is created in a room inhabited by a sleeping man, simply through an extraordinary choreography of violent and unexpected camera movements accompanied by objects that seem to be being flung around the room by some unseen force, all captured with brilliant an remarkable timing on Super 8.

The third session, ‘I Woke up Bleeding’ explored more violent territory and posed questions around sexuality, drugs and power. In Vivienne Dick’s She Had her Gun All Ready a complacent Pat Place, from the No Wave band The Contortions is stalked by a malevolent Lydia Lunch, culminating in a confrontation in a fairground. In this and other No Wave films, musical performers are not so much acting as given free rein to extend their personas within a film context, including their typical gestures, clothing and behaviour. More direct was David Wojnoarowicz’s Heroin which showed the taking of this drug in the unsavoury surroundings of the West Side piers.

Perhaps the strongest impression of any of the No Waves films was made by the two films by Beth and Scott B, G-Man and Black Box. The former uses the transcripts of actual interviews to depict the life of a member of the anti-terrorist bomb squad, played by the artist and well-known East Village personality, Bill Rice. At the end of the film this powerful agent of order is shown submitting to a dominatrix hence combining public and private power relations, law enforcement and perversion in a manner that must have seemed much more radical then than it would now. What is most striking about the film is the economy of its taut narrative whose clarity of articulation and montage is very impressive. Black Box is even more technically accomplished, in its presentation of a young man pulled off the street to be tortured by some paramilitary organisation within a ‘black box’ device, apparently being deployed by the US military in Central America. Within the box, the man is tortured by both light and painful noise and with Lydia Lunch as the torturess you can expect that it will be an extremely painful experience. Beyond the film’s clear political dimensions, it also stands out for its formal aspects: the second part of the film consists of an abstract noise and light show whose soundtrack is as remarkable as its visuals. As Beth B. who was present at the screening pointed out, this film was largely shown in rock clubs and was especially designed for this environment in which its projection at loud volume had a very powerful and visceral impact. 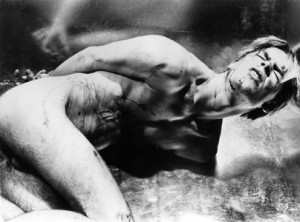 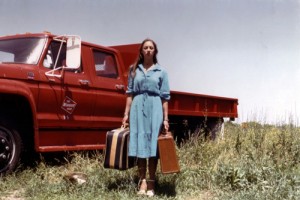 Bette Gordon’s Empty Suitcases on the other hand was quite distinct in the complexity of its story and its break from the world of Super 8 into 16mm while still touching on similar themes of the politics of urban gentrification and alienation. In this film a woman is torn between the two cities of Chicago and New York and is constantly travelling from one to the other. Within this framework a number of other stories are told, one of which involves a female academic fired from her job at NYU for her political activism and criticism of the land grabbing behaviour of her employer. This turns out to be the story of Bernadette Dohrnm, from the ‘terrorist’ group the Weather Underground. What is most impressive in this film is its use of simple means such as documentary scenes of New York and fictional scenes such as a couple fighting over their career plans to articulate a complex experimental narrative comprising of both personal and political issues and communicating a strong sense of developing alienation from the surrounding urban environment.

This kind of approach was even more fully realised in Gordon’s subsequent feature film Variety, screened at the Vienna Film Museum, in which a woman takes a job selling tickets at an adult cinema and this becomes the portal of an investigation of sexual politics and desire in relation to work, intimate relationships and societal relations of power. The collaboration with figures such as the photographer Nan Goldin who appears in both films and Kathy Acker who wrote the script for Variety make this work a condensation of 1980s New York punk feminism. This was one of several examples of No Wave filmmakers taking their initial ideas and energy successfully into a more mainstream form of expression, although there are also examples where this did not succeed so well and very few of these talented filmmakers managed to pursue film careers neither within art nor commercial environments.

In short this was an extremely valuable presentation of a fascinating film movement and hopefully it will open the doors for a greater appreciation of No Wave cinema, which, up until very recently, has been subject to an almost total neglect.

Michael Goddard is Lecturer in Media Studies for the School of Media, Music and Performance at the University of Salford and Reviews Editor of Studies in East European Cinema.