What Shall Remain Unseen?: Hidden Hitchcock by D. A. Miller 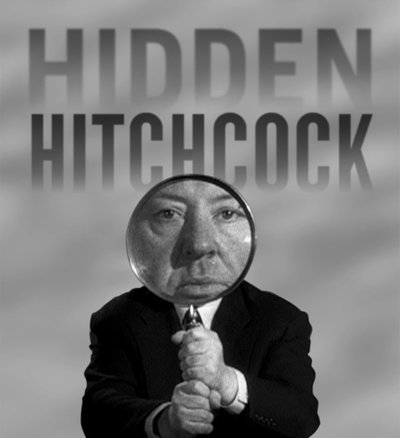 A Book Review by Tony Williams.

A DVD player now lets everyone scrutinize Hitchcock’s esoteric images, but the desire to engage the game of hide-and-seek latent in them – a game just barely visible during theatrical projection – is born with the films themselves. (Miller, 167, n.14)

I suspect that relatively few of us on this site remember those long-ago pre-VHS/DVD days when one’s viewing opportunities were limited to 35mm prints or duped 16mm copies which we watched in total darkness only to find that our meticulously written notes were often 3-4 times written over each other. As we survivors (reminiscent of that 1965 Voyage to the Bottom of the Sea episode “Only Five of Us are Left”) now hear the “Chimes at Midnight” we can only marvel at the new technological opportunities available to our young, whippersnapper successors. But with advantages there are pitfalls. A Blu-Ray version of Thunderball (1965) may enhance clarity and visual spectacle but does one really want to see clearly that it is Sean Connery’s stuntman performing in an action scene? Should we applaud the loss of that gritty color surrealism once seen in 35 mm theatrical versions of For a Few Dollars More (1965) superseded by Sistine Chapel-type digital DVD restorations with technicians knowing far better what the original director wanted? Certain films were not meant to be viewed in later formally sanitized visuals on DVD which reveal items that either the director did not meant to be seen or regarded as redundant to the overall final distinctive, aesthetic vision.

It is thus with two minds that I approach the meticulously worked out arguments of Hidden Hitchcock (University of Chicago Press, 2016). In one sense I applaud the diligent and meticulous scholarship of D.A. Miller evident in this book but on the other hand I question the worth of the actual findings. Naturally, as an anti-Blu-ray person I am a “Luddite” as well as being open to the charge of hidden agendas perhaps revealed in the constant references to 1965 above (a date that may have caused some Marnie-type trauma in my psyche? Not that I remember). Yet I wonder whether Hitchcock actually wished such “hidden meanings” to see the benefits of daylight in new technological eras especially as he once remarked on the set of The Birds (1963) that the film itself would collapse into dust in future eras. Accidents do happen on set as Willy Kurant remarks on the DVD interview feature of The Immortal Story (1968) concerning the use of a handheld camera rather than a tracking shot in one scene in the film. We remember Vincente Minelli’s answer, “Because he’s looking at the sky” to Ian Cameron’s May 1962 Movie interview question, “Why does the camera go up now?” concerning a character looking in one shot in The Four Horsemen of the Apocalypse (1962). In Freud’s words, “Sometimes a pipe is just a pipe” and this is not meant to deny the validity of Cameron’s approach years ago but to point out that certain newly discovered items may not add significantly to our appreciation of the film. The same is true of certain directors cuts and digitally restored versions.

Miller has written a slim 153 page tome interrogating three films (1950’s Strangers on a Train, 1948’s Rope, and 1956’s The Wrong Man) that he believes unveil a hidden aspect of Hitchcock’s authorship extending far beyond the dimensions of William Rothman’s Hitchcock – The Murderous Gaze (1982). With his advanced DVD equipment (rather than Norman Bates’s “trusty umbrella”) Miller reveals the presence of books in Strangers on a Train with Hitchcock’s image now clearly present but not available when the film was originally screened or in later versions. The arguments for their presence are plausible but could it not also be suggested that these may be due to the director’s fondness for the type of practical joke he was known for on the set rather than be taken as evidence for new critical theoretical directions? Years ago Robin Wood began an essay with the question, “Why should we take Hitchcock Seriously?” Could not the balance be moved somewhat to the center by suggesting that there are also certain hidden elements in his films that are neither not meant to be taken seriously nor even supposed to be discovered by the critic or the spectator in the first place, despite the allure of new technologies the director never lived to see? Accidents and jokes often occur on the set but they are often not meant to survive later stages of post-production and exhibition. Otherwise those additional “blooper” extras on DVDs could be inserted back into the major narrative.

teasing disjuncture that asks to be factored in even when it doesn’t add up. Two films in particular, Rope and The Wrong Man, actively organize the interface between a story of a mistake and the mistakes of storytelling as a knotty interpretative space. I call this organization Hitchcock’s understyle. (18)

This is fair enough. But do the revealed, new technological revelations of the image of Hitchcock on the cover of Alfred Hitchcock’s Fireside Book of Suspense add more to the film other than a gimmicky joke of no consequence to it overall? This is also true of the case of the canted candles in Rope (58-60). I recall Kubrick’s associate Leon Vitali expressing irritation at the findings of certain fetishistic critics over the supposed meanings of particular continuity errors in a documentary of a conference where he clearly stated that accidents happen even in the films of the most meticulous of directors such as Kubrick. Also, the questionable revelation of Hitchcock’s “negative cameo” in The Wrong Man’s courtroom scene is debatable especially as the image is difficult to identify even on p.147 of the book. It appears and disappears at certain points and is due to back projection. Furthermore, does it add anything of real creative and meaningful significance to the tone of the entire film in addition to what is already apparent in the film? Blow-Up (1966) springs immediately to mind but are these three films really parallel to Antonioni’s depiction? Accidents happen on set and Hitchcock may have wanted to undermine the supposed realist depiction in his true-life fictional recreation, modernist as he was. But is Miller’s argument another version of those “clever” papers that deterred Robin Wood from attending academic conferences that often trivialized or made reductive the creative nature of certain directors they were supposed to celebrate?

This is a difficult question to answer but I can only raise it and suggest readers closely interrogate and evaluate the nature of Miller’s book since it deserves such attention. It furnishes certain remarkable examples in footnotes in terms of noticing Robert Aldrich’s employment of Rope’s back-blackouts in his 1953 “The Hard Way” contribution to Four-Star Playhouse either “to signify his story’s unbroken temporal flow on either side of a commercial” or “simply borrowing from theatrical tradition, in which a formal blackout, sometimes in the form of a curtain, between otherwise continuous acts is hardly unknown” (166-167). Although Miller states that the tradition is also archaic, going back to Bunraku, it also raises further connections between two directors who not only shared similar interests in the theater but also the Gothic as Psycho (1960) What Ever Happened to Baby Jane? (1963) and Hush, Hush… Sweet Charlotte (1965) reveal. Also Miller’s reference to the flicker-“startlement” aspect (181-182) within many Hitchcock moments of classic suspense deserve further investigation. His attack on the overrated charlatan Zizek is long overdue:

Zizek makes so many errors, visual as well as narrative, that they seem nothing short of programmatic. In order to get his totalizing Lacanian allegory, he evidently shrinks from interrogating the actual films and relies instead on received notions that circulate around them. It is as though he actually were “afraid to ask” Hitchcock about Lacan, lest the artist prove as difficult as the thinker he is supposed to make easy.” (177, n.25)

At best, Hidden Hitchcock is a book that will stimulate debate, and there are sections therein that need further interrogation. On its particular grounds, it offers a new definition of Hitchcock’s authorship, adding debatable and stimulating ideas that may aid in revising this concept. It certainly provides a welcome corrective to the type of monolithic and reductive interpretation of The Classical Hollywood Cinema (1985) thesis of David Bordwell and others whose most valuable contribution to film scholarship has been to challenge certain assumptions and implicitly demand the best type of appropriate and richly complex response. Happily the world of Syd Field’s screenplay manuals (that I see littering the shelves of university bookstores) finds no place in Miller’s vision. However, although I might be accused of escaping my critical obligations as a reviewer I can only suggest a general skepticism, urge that the debate continue, and in the words of F.R. Leavis conclude with the line “Yes…but…”

I’d like to thank Ken Mogg for his brief comments on certain issues relevant to this review.

Tony Williams is Professor/Area Head of Film Studies in the Department of English, Southern Illinois University at Carbondale. Contributing Editor to Film International, he has recently authored James Jones: The Limits of Eternity.