Bringing the Magic To Her Music: Linda Ronstadt – The Sound of My Voice 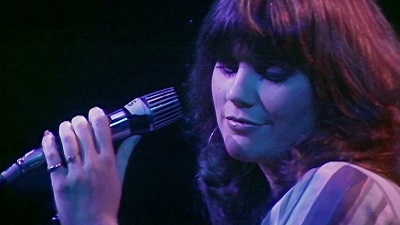 No, Linda Ronstadt is not dead. While Parkinson’s Disease has sadly removed her from the public and concert stage for over a decade, the joy of her music is heartwarmingly captured in this greatest-hits-and-more salute from award-winning filmmakers Rob Epstein and Jeffrey Friedman. The extraordinarily talented artist, now retired in San Francisco, provides insight and light narration to a clip show that rocks you to the core, and points the camera at nearly two dozen compatriots who share their reminiscences in stark, portrait-mode interviews.

Following a familiar, easy-going linear arc over its brisk 95 minutes, Linda Ronstadt — The Sound of My Voice provides a lively portrait of a true rock star, arriving in theaters a few months before she will receive a local salute here in DC at the 2019 Kennedy Center Honors. Watch the film and you’ll understand why.

The legendary Johnny Cash gets to introduce the show reel, “I’d like you to meet a young lady…a very lovely, young lady…that I really think has what it takes to be  around for a long, long time,” as Linda takes to the tv screen and belts out “You’re No Good” from a late 1973 episode of The Midnight Special. This opening sequence sets the stage for what follows. Snippets from music-variety and talk shows of the era: Dick Cavett, Hugh Hefner, Johnny Carson, Glen Campbell race by as your snap your fingers to the music. Peers such as Bonnie Raitt and Dolly Parton providing their first of several short tributes. It’s a montage sequence pieced together by editors Jake Pushinsky and Heidi Scharfe to get you in a dancin’ mood.

I suspect director-producers Epstein and Friedman selected this song because it was her only Billboard Number 1 hit. But, heck, she scored 38 Hot 100 singles, ten of those in the Top 10. Many are heard during the film. For the record, Ronstadt won 10 Grammys, transcending such categories as Country, Pop, Mexican-American Performance, Tropical Latin Album, and two Lifetime Awards. Toss in another 17 nominations, two Country Music Awards, an Emmy, a Tony nomination (as leading actress in the 1981 revival of The Pirates of Penzance), a Golden Globe nomination (for the 1983 film version of that Gilbert & Sullivan operetta), and so on and so forth. Music royalty, plain and simple. She refused to be pigeon-holed to any specific style. 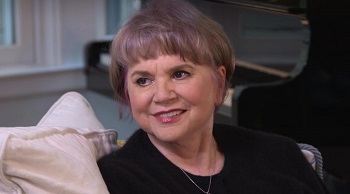 Ronstadt’s humble roots in Tucson, as part of a mixed-immigrant family that loved music, but also contributed grandly to the local business and cultural communities, lay the foundation for her rise to one of the most celebrated female vocalists. It’s a fitting larger-than-life view that touches all the bases of her childhood.

Fun fact: Her grandfather on her mother’s side invented the electric stove, the toaster, and the thermostat.

The film nicely edits together the early life photos and stories covering her inaugural (folk) music groups, first with her brother and sister (The New Union Ramblers), then the Stone Poney in the mid-1960s. That confederation brought her first hit, “Different Drum,” written by Michael Nesmith in his pre-Monkees days.

As the filmmakers locate the now much older folks who were part of the expanding talent, producing, and managing pool that formed around Rondstadt after she moved to Los Angeles, the technique to introduce the family, musicians, songwriters, executives, etc. takes a common approach. It begins with an old photograph or footage of a person, then cutting to him/her being interviewed, embellished by appropriate stock footage and music. Nothing extraordinary, but it provides a fine flow to the movie.

What’s nice in the film is that most of the music remains intact and, for the most part, excellently reproduced, even if underscoring the other materials. I’ve always been a fan of her music. With Linda Ronstadt – The Sound of My Voice, I am stricken anew.