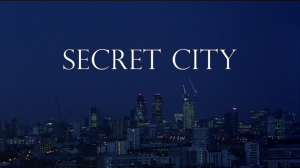 On November 28, 2012, Secret City, a new feature-length documentary about the City of London and the Corporation that runs it, was screened in Venezuela’s Bolivar Hall in London. As a postgraduate student and member of the production team I have, over the past year, gained insight into the relationship between the theory surrounding the film and the practice involved in making it.

Here I want to carry out a brief textual analysis of Secret City, emphasising the dialogical and multidisciplinary aspects embedded in its methodology, arguing that this methodology constitutes a praxis that can be applied to other spheres of cultural production, particularly education. This praxis appeals to me as a young academic looking to draw knowledge from a broad range of disciplines, with a concern for the future of education at a time in which it is under attack by a government with a demonstrable hostility towards academia.

One of the first problems we faced in making Secret City was the multifaceted nature of the story we wanted to tell. Cursory research into the City of London showed how the film had to navigate between many discourses, specifically (but not limited to) those of history, geography, economics, politics and theology. The question became one of how a film could articulate this complexity and maintain a coherent narrative structure.

The overcoming of this problem can be seen in the multi-strand narrative of the film. By juxtaposing different interviews, each with seemingly hermetic subject matter, the relations between strands gain clarity in tandem with the building-up of a dialogical voice that sets itself against the ‘official’ voice of the Corporation of London. Furthermore, the voice of the author is given up to a cumulative polyphony of image and sound as the film traverses disciplinary boundries.

From the beginning Secret City posits the main problem of its subject matter as being a lack of awareness, that is, the people situated within the City have little knowledge of its history or how it functions. Through engagement with a public whose reactions range from surprised to completely puzzled the film displays the disconnection between people and place brought about via the obfuscation of history.

We see, then, how the monological, ‘official’ voice curtails knowledge for its own ends. As the narration states “it’s about power, and what people know about that power”. The monological appears again in the form of a mayoral procession and I am reminded of Robert Stam’s comparison between the repressive rigidity of the military parade and the more liberating, dialogical aspects of the carnival.

The main advantage of the multi-strand narrative structure of Secret City is its widened scope for embracing dialogical aspects. As part of this the film uses a palimpestic textual strategy, building layer upon layer of historical maps and footage along with the ‘present day’ voice of its interviewees. The film becomes multi-temporal as well as multi-textual, allowing it to break down disciplinary frontiers. Through history, geography, economics and other such disciplines the film articulates the material crisis of capitalism in its institutional context. It shows how the City awarded votes to businesses based on the size of their workforce (again, unawares to that workforce), its refusal to expand, thus sharing some of its wealth with the poorer boroughs that surround it, and how the City even blackballed a representative elected on a reform platform.

Building such a narrative means the interviewees begin to speak to each other, as well as to the audience. This strengthens the dialogical sphere of the film as it continues to mount a collective argument against the City of London. The film therefore establishes a connection between theory and practice by providing a space in which this dialogism is articulated against its material situation.

Used as a means to re-connect theory with practice, this dialogism stands in opposition to the government’s stifling focus on ‘vocational’ training. “For us” Paolo Friere says in his book Pedagogy of the Oppressed “the requirement is seen not in terms of explaining to, but rather dialoguing with people about their actions…but action is only human when it is not merely an occupation but also a preoccupation, that is, when it is not dichotomized from reflection”.

While this methodology may seem abstract, it is clearly materialised both in the form of Secret City and in the act of making it. The monological voice of the City of London is of the same caste as the monological voice the government is attempting to impose on education from above. As Friere says, students and educators, as an increasingly oppressed group, must recognise the difference between “systematic education, which can only be changed by political power, and educational projects, which should be carried out with the oppressed in the process of organising them”.

Secret City is an example of one of those projects. It constitutes a form of resistance against the greed of finance capital and the assault on education. Through its action the film engages in what Lukacs calls “consciously activating the subsequent development of experience”. This experience takes the shape of a dialogical voice that stands in opposition to a government whose ‘business- friendly’ conception of education seems to entail the continuous erosion of theory from the practice of its institutions.

It is up to us as academics to find new ways of fostering a creative understanding in both students and educators. If, as Doreen Massey says in Secret City, “we are situated in a geography of relations, and all those relations are filled with power” then a multidisciplinary approach is essential to drawing as much power as possible from that geography.