Skip to content
Review
May 18, 2013
Posted by Film International

66th Cannes Film Festival Day 3 – The Cannes Evolution, Strangers on the Lake and Like Father Like Son

The Evolution of Cannes

The Cannes Film Festival continues to be one of the most exciting manifestations of cinema in the world. Fortunately, the event is not only a cascade of film stars and legends, the Red Carpet, and the parties that the media promotes. There are sidebar film venues, which have all come about historically from the foundation of what we know today as the Festival de Cannes. 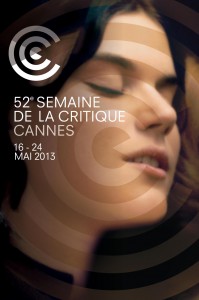 Marché du Film was created in 1959 for the Cannes market, confirming that cinema should be promoted by commerce. Meanwhile, two parallel but independent events were established in the 1960s to address just how far commerce should impact cinema as an art form. Semaine Internationale la Critique began in 1961, for the purpose of promoting films overlooked by the production companies. Similarly, Quinzaine des réalisateurs (Directors Fortnight) began in 1969 as a protest of young directors under the banner ”Cinema at Liberty”.

ACID Cinema (Association du Cinéma Indépendant) is another parallel event created in 1992, which fosters dialogue between the public and independent filmmakers. Finally, Gilles Jacob, the General Delegate of Festival de Cannes at the time, added Un Certain Regard and the Camera d’Or for first features in 1978 and the Cinéfoundation in 1998 for short and medium films. The Cannes Short Festival was next in 2010, and in 2011 the Queer Palm was created to award films that address lesbian, gay, bisexual, and transgender themes. These parallel events are what make Cannes a rich experience. For the mediated Cannes, the official selection is what garnishes the most attention, and is of the utmost interest to the media conglomerates.  The festival attracts a multitude of talent and creates a magnificent aura and must expand to remain relevant by listening to the artisans of the field.

The extremely well received L’Inconnu du Lac (Stranger by the Lake), by Alain Guiraudie, is set in a gay cruising spot on a lake in France during a single summer. While Guiraudie is free in showing the sexual relations between his male characters, he also authenticates and legitimizes this culture for audiences so that by the end of the film it becomes as worthy of introspection as other cultural gatherings in society. The theme of the film is not cruising but homophobia. When Michel (Christophe Paou) witnesses a murder in the lake committed by Franck (Pierre Deladonchamps), the man he desires, he undergoes amnesia amidst the throes of passion, and suddenly the perpetrator is free to be with him. Meanwhile, Guiraudie is careful not to focus just on sexual relationships, showing how important friendship and  the acceptance of others is to gay culture through the charming Henri (Patrick D’Assumçao), whom Michel befriends. Also noteworthy is Inspector Damroder (Jerome Chappatte), who investigates the drowning of a gay man. It is clear that the inspector is not gay but his carefully chosen words during the investigation are respectful and convey empathy and concern. This is a new kind of socially responsible inspector than has been seen on screen. This kind of heightened awareness is also true of the lonely ‘tourist’ Henri.

The words “Fuji TV Film” introduced Like Father, Like Son (Soshite chichi ni naru) by Hirokazu Kore-eda. Though the director is known for his contemplative film language, this particular film, with its fade to black edits and faithfulness to the plot, did not reveal any particular visual inventiveness. The camera angles and editing are conventional, and the story is propelled by dialogue. The subject is based on an article about children who are misidentified in hospitals at birth, and inadvertently displaced in a home absent of their biological parents. Ryota Nonomiya (Masaharu Fukuyama) and his wife Midori (Machiko Ono) raise their son Keita together, though the marriage seems strained. The hospital where Keita was born contacts the parents six years later to inform them that Keita was switched at birth with their biological son. The couple then meets the boy that could have been their son and his parents. Like Father, Like Son goes on to question if only bloodlines determine a parent, and by raising questions about adoption and how to explain it to children the film proves itself socially relevant.

Moira Sullivan is an accredited journalist at Cannes, and served on the Queer Palm Jury 2012. She is a member of FIPRESCI with a doctorate in cinema studies from Stockholm University and graduate studies in film at San Francisco State University.