For the Love of the Tale: Matteo Garrone on Tale of Tales 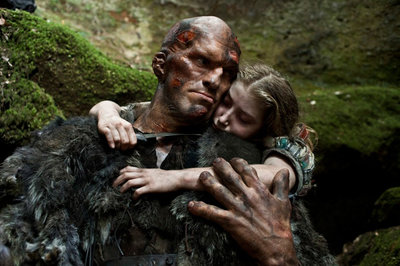 Matteo Garrone’s Tale of Tales (2015), an adaptation of Italian poet Giambattista Basile’s collection of fairy tales Pentamerone (1634, The Tale of Tales otherwise known as Entertainment for Little Ones) could be seen as the filmmaker’s affectionate ode to storytelling. He journeys deep into the past to adapt early versions of what have now become familiar fairy tales that pre-date the Brothers Grimm. But the title captures the essence of not just the frame story onscreen, but of storytelling more broadly. Garrone himself acknowledges that his film allows for the audience members to create their own versions of the movie. Self-reflective in its narrative structure, the film depicts the power of such spectatorial experiences as the tales are infinitely multiplied.

In conversation with Film International, Garrone reflected on how other art forms have influenced his approach to filmmaking: throughout his career, he gradually came to understand the motivation for each of his films. He also discussed the distinction that separates Tale of Tales from his other work, how he embraces emotion over the cognitive, and the transformative journey of a making a film.

Why a career in filmmaking? Was there an inspirational or defining moment?

I started drawing when I was really young and then I became a painter. My stepfather was a director of photography and my mother was a photographer, and so in a way there were a lot of people in my family working in the cinema. I started to work in film when I was twenty-six to see how it was to work in a different figurative art, and on my own with a couple of friends I produced a short film. I enjoyed making this short movie, which went very well and received a prize. Then I made another short movie and then another one, which became a feature movie (Land in Between, 1996). It has now been twenty years since I quit painting to make films, which is a different way of painting.

You describe film as a “different way of painting.” Looking back has painting influenced your approach to filmmaking?

Land in Between and Tale of Tales are each comprised of three stories, and hence could the latter be perceived as bringing your filmmaking career full circle? Also, does this allow you to contrast yourself as a filmmaker then and now?

Land in Between started with a short film and then became a feature. So I made this first movie by chance and there isn’t any relation with the structure. Tale of Tales could maybe have a link with the structure of my other movie Gomorrah (2008), as they were books – written of course in different periods – with many possibilities for the story. And in both we had to choose three, four or five stories to develop. So there is a similarity here.

My first movie was very realistic with a sort of documentary approach. But in the end what was very important for me at that time was not the social, but the visionary approach. My first short movie, which is a story about an African prostitute in the Rome countryside, left me surprised by the surreal atmosphere of the place. Some of the dresses look like something out of science fiction and the atmosphere around there was surreal. So my approach looks like it is social, but I think at the same time I decided to tell that story because there was a visual element that interested me. After a while I started to understand my interest in every project that I would start. My first interest was connected to the figurative approach, to the visual aspect of the movie, which is probably because I come from a painting background.

Having spoken with filmmakers I have been told that you can never be sure what works on the page will work on set, and even in the edit footage may have to be reassembled in order for it to work. With Tale of Tales being comprised of three stories, was there a conflict in the editing between the script as it was written or shot and the final cut?

My approach is usually quite free. I like to rewrite the script on set in a way – to have an approach that is free from the script while portraying it. But not the soul of the script so that I am always free to portray and watch what happens. I would normally take this approach in movies that I shot in sequence from the beginning to the end, but Tale of Tales was much bigger than the other films. There were a lot of special effects and so it was much more structured, and I couldn’t change as much as I did in my other movies. So I remained quite faithful to the script for the first time, and in the editing we didn’t change as much as we had done previously. This is probably the main difference between Tale of Tales and my other movies, where the structure has remained very similar to the original script.

Speaking with Carol Morley for The Falling (2015) she explained: “You take it 90% of the way, and it is the audience that finishes it. So the audience by bringing themselves: their experiences, opinions and everything else to a film is what completes it.” Would you agree and do you perceive there to be a transfer of ownership?

Yeah, absolutely and I like that. I think this movie works on different levels, and it works on a sort of a subconscious level – not in a narrative way, but in more of an abstract way that is more perception. It also works the day after you’ve seen it. I am very emotional and my approach when I made this movie was that I tried to work in a very warm way, using the heart and not the head. So it’s a movie that is very open, which allows the audience to make their own movie.

Filmmaker Christoph Behl remarked to me: “You are evolving, and after the film you are not the same person as you were before.” Do you perceive there to be a transformative aspect to the creative process?

Yeah, of course, but first of all it depends on the experience. When you make a movie you create a journey, and every journey is always an experience. But there are journeys that can leave a deeper impression compared to others. I always like to jump into projects that are new and are a big challenge, and also I like to create a journey that is an existential experience. Gomorrah for instance is probably an example of this because I lived for a period in that place – I tried to be like a chameleon, to just be inside that world. Tale of Tales was another incredible experience because I lived in another dimension that was connected to the past, and yet at the same time it was also a movie that in a way was modern. I was talking about us and about me. So it was a different journey, but at the same time I learned a lot. Every movie has taught me something about the technical aspect of filmmaking, but has also taught me about the human aspect – my working with the actors, developing the characters and all the people that surround me, and that I meet in the place that I go to shoot. So for example, I shot in Sicily and I shot in Puglia for the first time – I lived for a period in that place experiencing its culture. And so I know that it’s a big privilege to make this work for this reason.

Paul Risker is an independent scholar and film critic who contributes regularly to Film International. He is an Editor for Mise-en-scène: The Journal of Film and Visual Narration, which will launch in Fall 2016.