Skip to content
Review
May 15, 2013
Posted by Film International 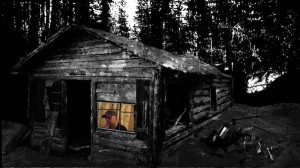 During cinema’s long and varied history, the horror film has always been considered the poor relation. Forget that movies designed to disturb are almost as old as the medium itself – the first filmed version of Mary Shelley’s Frankenstein was made in 1910 at the Edison Studios in the Bronx, New York City – or that the genre almost singlehandedly saved Hollywood studios such as Universal and RKO from bankruptcy during the 1930’s. These kind of movies have never been taken terribly seriously. However, if horror films have always been shrouded with an air of dubiosity, the sub-genre of the ‘slasher movie’ has been positively persona non grata. Fans of the films, whose narratives (what there is of them) revolve around people getting stalked by maniacs and hacked about in ever more inventive ways, are often considered as degenerate as the anti-heroes of the said works such as Michael, Jason and Freddy. 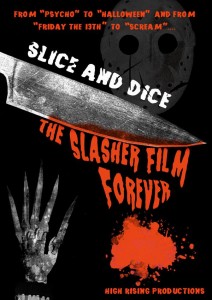 So it’s refreshing when something comes along which treats films like Halloween (1978), Friday the Thirteenth (1980) and A Nightmare on Elm Street (1984), with the degree of gravity so many believe they deserve. Slice and Dice: The Slasher Film Forever (2012), leads you through the history of this oft maligned and misunderstood area of cinema by means of interviews with a veritable who’s who of luminaries including Tobe Hooper (director of the mother of all slasher movies, The Texas Chainsaw Massacre [1974]) and Jeffrey Reddick, who created the recent Final Destination (2000) and its hit sequels. Highlighted with clips from the usual culprits, such as the aforementioned Friday the Thirteenth and its critically acclaimed clone The Burning (1981) as well as lesser-seen classics like Terror Train (1980) and Motel Hell (1980) (recently rereleased on Blu-ray), the documentary approaches the slasher film from a near academic stance. Taking it from its earliest days those interviewed, also including cult British director Norman J. Warren, argue the case that the essence behind the slasher movie can be traced as far back as Agatha Christie’s classic mystery novel And Then There Were None, first published in 1939, whilst Hitchcock’s masterpiece Psycho (1960) and Michael Powell’s Peeping Tom (1960) can be seen as the blueprints which set the standard for the films that followed.

Supplementing the main feature is the bonus documentary Don’t Go in the Backwoods, which, as the title implies, looks at the further sub-grouping of movies based around the close-knit families and communities that inhabit rural America, as in films like Wes Craven’s cult-shocker The Hills Have Eyes (1977). As no film released on DVD is complete without a selection of trailers, Slice and Dice backs up its claims for the legitimacy of its subject with a veritable smorgasbord of madman carnage, featuring over twenty classic slasher trailers, including those for Black Christmas (1974), Fade to Black (1980) and Final Exam (1981).

Slasher films may not be to everyone’s taste. However if Slice and Dice proves nothing else, it shows that horror is always more effective if you believe it could actually happen. As a result a stranger with a manic grin and sharp axe is way more disturbing than any manmade monster could ever be.

Slice and Dice: The Slasher Film Forever was released on DVD on May 13, 2013. A host of extras include audio commentary on the main feature by director / producer Calum Waddell, and Justin Kerswell, author of Teenage Wasteland: The Slasher Movie Uncut, outtake interviews and a Q and A session at the Glasgow Film Theatre with writer James Moran and director Norman J. Warren.

2 thoughts on “Slice and Dice: The Slasher Film Forever”