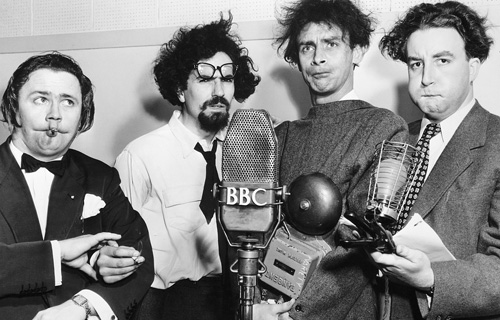 “I’m alright Jack” is English slang for an individual focused solely on his/her self-interest. Though John and Roy Boultling’s 1959 satirical masterpiece borrows the phrase for its title, it’s not a film lost in its own self-interest or in possession of a complacent air.

With a more than adequate DVD release back in 2007, the capitalist machine shows us that there is yet life in it by churning out what could be considered an unnecessary Blu-Ray release. So in keeping with the unnecessary, here are some unnecessary notes on a British gem:

Exuding confidence and perfected satire, I’m Alright Jack alongside The Ladykillers (1955), Heavens Above (1963), Dr. Strangelove (1964) and Being There (1979), as well as his work on The Goon Show (1951-1960) stands as one of Sellers’ finest moments as a performer. The comedic shades Sellers’ exhibited have secured his legacy as one of Britain’s finest comedians. From a criminal in Alec Guinness’ Ealing gang, to an array of comedic incarnations in Dr. Strangelove that rivals Kubrick’s credit for the picture as auteur, to the tragic figures of Heaven’s Above and Being There, few actors besides Sellers have exhibited the penchant for reinvention across multiple films, as well as within a single film. He possesses an uncanny ability to transform physically therein creating a multitude of masks for the man himself to hide behind, and distract from his tumultuous personal life. Playing both the union steward Fred Kite and Sir John Kennaway, Seller’s presence in I’m Alright Jack shares an intimate connection with The Goon Show, The Mouse that Roared (1959) and Dr. Strangelove for measured multiple roles. But of all of these perhaps it is The Goon Show that lies at the heart of Sellers’ adeptness as a performer, through not only his physical but also his vocal presence. Voicing fifteen characters during his work on the program, Sellers’ vocal sensibilities were the building blocks of his characters, and the voice of Fred Kite, which captures the playful yet perceptive comedic tones in the characters righteous indignation and stubborn ideals, creates a perfect combination of Sellers’ physical and vocal onscreen presence.

Neither pro nor anti-union, I’m Alright Jack is a masterpiece in the art of neutrality. Perhaps what the Boulting Brothers comprehended was the value in not taking sides, and in so doing painted the contemporary audience of a picture of the conflict of ideals and the swirling and budding chaos that would lead to a drama in British society in the coming decades. It was the anticipation of the strikes, specifically the foresight of how the vulnerability of proud and righteous personalities would bring about defeat for the unions that continue to attest to it as a work ahead of its time. I’m Alright Jack champion’s cinema as a socially relevant art form – an intelligent and insightful cultural work that exhibited the invaluable resource of comedy and cinema’s social consciousness. 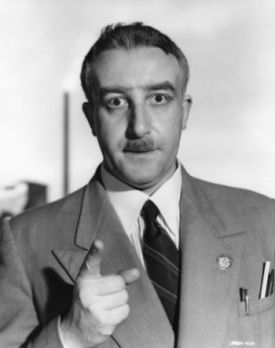