In our next issue: Gangsterism and capitalism


Carl Freedman on godfathers and the gangster proletariat

Perhaps more than any other major genre of Hollywood cinema, the mob movie has always taken a direct interest in the workings of capitalism. Though the foundational works of the genre produced during the Depression era – Little Caesar (Mervyn LeRoy, 1931), The Public Enemy (William Wellman, 1931) and Scarface (Howard Hawks, 1932) – assume a sharp distinction between the illegal economic activities of gangsterism and the normal procedures of ‘legitimate’ enterprise, the more sophisticated films that have defined the mob movie since the 1970s are largely devoted to deconstructing this binary opposition and to showing that illegal and legal capitalism are profoundly similar, sometimes to the point of being indistinguishable from one another.

trilogy (1972–90) is surely the most considerable achievement that the mob movie has yet produced, and can be understood as an immense and progressively less and less allegorical narrative of Marx’s ‘so-called primitive accumulation’ that makes possible the emergence of capitalism as a mode of production and that always, in one way or another, underlies capitalist enterprise.

(1990) is arguably the most important mob movie by any director other than Coppola. It largely takes for granted the quasi-Marxian narrative of the Godfather films, and displays the Mafia not from the high-bourgeois standpoint of the Corleones but from the street-level perspective of lower- and middle-level Mafiosi and their violent, quasi-Hobbesian lifeworld.

Carl Freedman’s autopsy of the mob movie is timely reading in an age where accumulation becomes increasingly ‘primitive’ by the day and the attempts at constructing a distinction between legality and illegality more frankly ridiculous. An age when Bernie Madoff languishes in prison for committing the unforgivable act of robbing the rich, whilst the bigger crooks of global Wall Street are back at the bonus trough feasting away on a decaying social corpus bloated by another round of financial bubble blowing based on the reverse-Robin Hood policies of their colleagues in government. 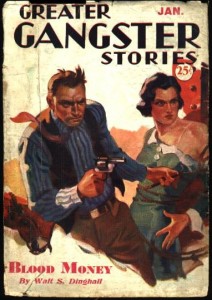 Previous entry in the Ay Caramba! blog. Next entry.