Skip to content
Review
May 19, 2013
Posted by Film International

The Iceman, a Human Void

In the documentary The Iceman Tapes (1992), Assistant Attorney General Robert J. Carroll asserts that Richard Kuklinski was not a serial killer. And yet in adapting his story for a feature film, director Ariel Vroman and his co-writers wisely conceive the mob hitman’s story thus. Kuklinski, who died in 2006 while serving a life sentence in New Jersey, confessed to having killed somewhere between 100 and 200 people. His recollections reveal many means of murder, from shootings and stabbings to cyanide, airborne or planted in food.

His narrative requires a series of such events, and since the most bizarre aspect of the man was his normal family life, The Iceman also captures the mundane that frames the gruesome killings. The obvious reference point is John McNaughton’s Henry: Portrait of a Serial Killer, a film that shocks as much by revealing Henry’s quiet life, though his murders bring to him thrills (fueled partially by the involvement of his co-hort, Otis). No such pleasure comes to Kuklinski, played by a very reliable Michael Shannon. With no reaction to killing, Kuklinski heads a family in an attempt to find humanity in his deep void. From afar, this take on Kuklinski reflects the collective repression of the middle class, though the film remains subjective. Normal to him, his murderous routine is a delirium to us; for him, family is a fantasy he deceived his loved ones into believing. 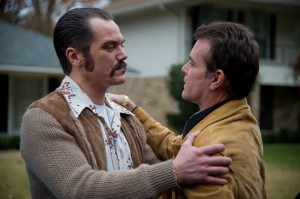 Like Henry, the film includes an ironic romance, in the brief courtship of Richard and Deborah (Winona Rider). When pool-hall banter turns to insults against her (to underscore repression, the barbs concern her chastity), Kuklinski slices the offender’s throat without missing a step down an alleyway. The birth of his first child right after meets the previous scene a little too cutely, though dealt with swiftly before more of his notorious work. When his job in porn production ends, a mob boss in charge, Roy Demeo (Ray Liotta), lays off Kuklinski while noting the emptiness in his eyes. The pairing of a nervy Liotta and somber Shannon strikes a nice touch, noting the impulsiveness behind hits that are dealt effectively cold. With his hire as hitman, Kuklinski goes from routine servitude to honored service, thus becoming a knight bestowed with rights in an underworld kingdom. A sequence of killings to follow is, in itself, enough to please the serial killer fan base. We also feel Shakespeare’s “Out, Out” reminder through the varied efficiency of this assassin (even though the real Kuklinski thought the term too exotic for his work). Currency exchange is his cover to his wife, while he receives large sums for departing marks. 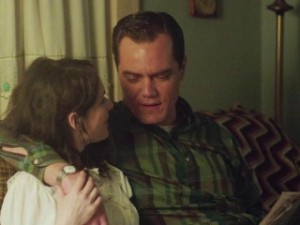 The “honor” to his family inspires a code against killing women and children, his reason for freeing a witness. When Demeo learns the news, he decommissions Kuklinski, making him into a knight errant. He then takes up with “Freezy” (Chris Evans), an ice cream truck driving hitman whose practice brings him his nickname. Presenting Kuklinski as a ronin of sorts, the script leaves him frail as his killings begin to overwhelm him. That this swelling mania, along with a fear for his family’s safety, leads to his fall serves the third act better than the well-known subject matter, who killed and killed again until one wrong turn. Convenient or not, the move extends the killer’s darkness, thanks largely to Shannon’s brilliance; he almost convinces us that the Iceman’s humanity was real.

Matthew Sorrento teaches film at Rutgers University in Camden, NJ. He is the author of The New American Crime Film (McFarland, 2012) and a contributor to the forthcoming Wiley-Blackwell Companion to the War Film.